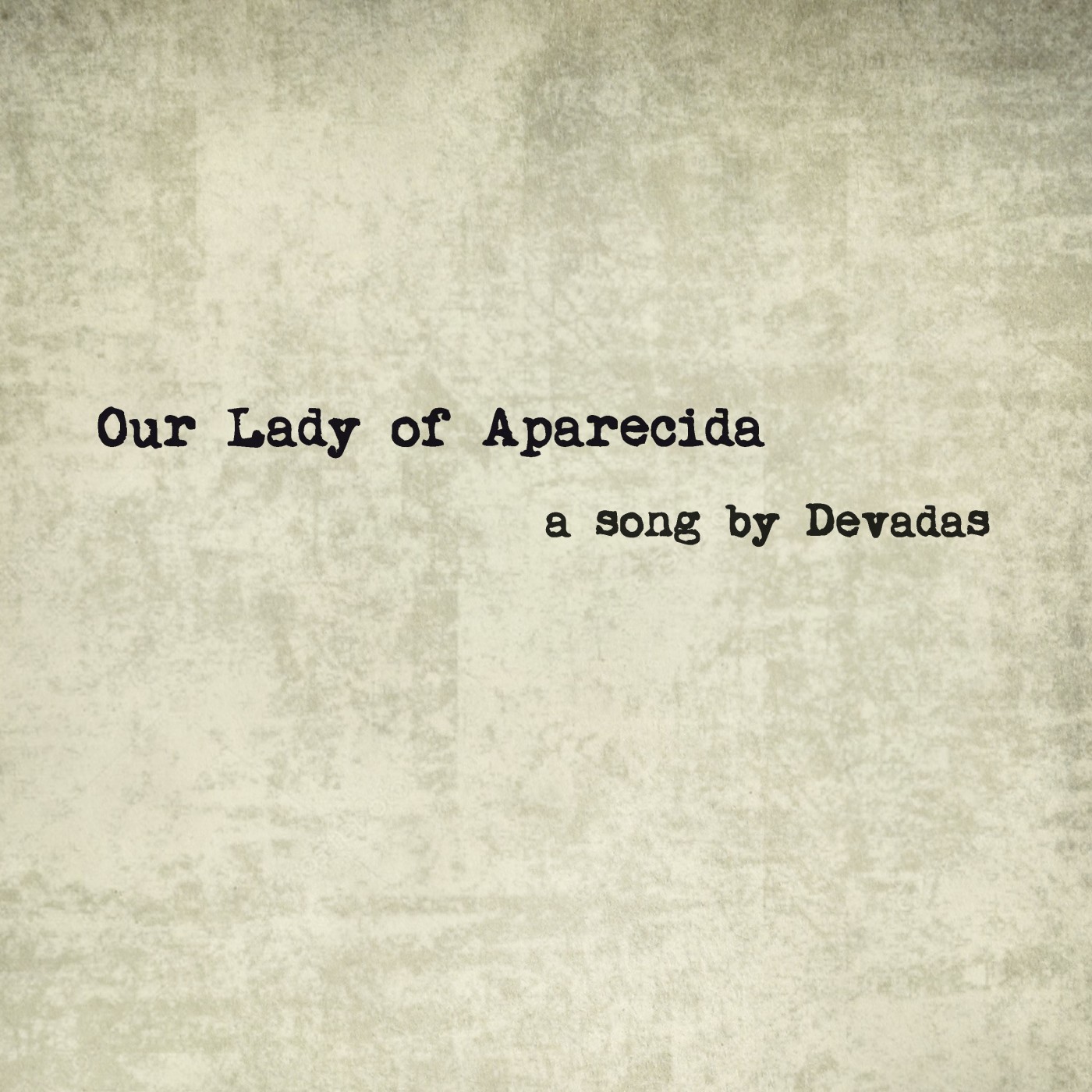 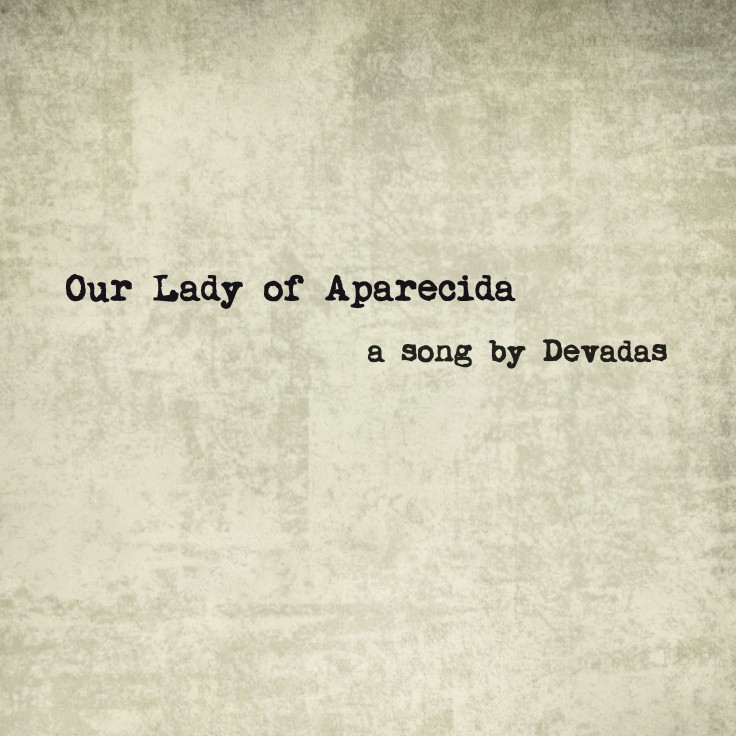 When I was 20 years old, I wrote a song entitled “Miss Fine Mix,” inspired by a Belle Waring poem called “When A Beautiful Woman Gets On The Jutiapa Bus.”  At the time, I had aspirations of becoming a great and famous singer songwriter, and had recently quit college, moved to Boston with my cousin, and taken a job working nights at a convenience store near Boston University, where I’d stand behind the cash register, composing couplets on the red and white Campus Convenience paper shopping bags. Students filtered in and out, purchasing cigarettes, bubblegum and Doritos on their parents’ dimes, most of them assuming I was a student, too, working to make some extra spending money, but really, I was just poor and working to pay rent.

I wrote “Miss Fine Mix” on an afternoon off, in a ruled notebook on the torn and raggedy living room sofa in our Brighton apartment, which I remember vividly. There was a Miles Davis Blue Note poster taped up on our wall, an empty aquarium near the bookshelf in the corner, an empty refrigerator in the kitchen.  There was a turntable, and records were everywhere and books were everywhere.  And I wrote this song on that sofa looking out through the enormous Bay windows onto Faneuil Street.  It was October, the leaves were turning.  I was broke and lonely and hungry. It was the first good thing I’d written in months, and the first since I’d moved to that apartment.

I read a lot of poetry back then; William Carlos Williams, Ezra Pound, T.S Eliot and so on; and had taken some writing courses the previous spring at University of Southern Maine.  There was a professor and poet there I loved, Betsy Sholl, who had encouraged me as a writer and had taken me under her wing. I spent hours that semester in her office discussing books and writing and life, and had compiled an extensive reading list based on her many recommendations.  She introduced me to a handful of her colleagues and fellow poets that semester, including Belle Waring, who was, to my recollection, a little-known and underappreciated poet from Washington, D.C.  Ms. Waring offered a reading that spring at USM, Betsy had suggested I attend, and I was floored by her writing and her recitation.  She was tough, funny, evocative, honest, brilliant, and I’d been obsessively poring over her book, “Refuge,” in the months since, just as I was preparing to leave my college life in Maine behind for Boston.

My favorite poem in this collection was the aforementioned “When a Beautiful Woman Gets on the Jutiapa Bus.”  Here it is.

babies twist in their mothers’ arms. The men yearn so the breath snags, Ai! in their chests. The women flick their eyes over her, discreet, and turn back to each other.

When a beautiful woman steps on the bus, she scowls with the arrogance of the gorgeous. That face, engrave it on commemorative stamps. A philatelist’s dream. That profile should be stamped on centennial coins. Somebody quick take a picture of her, la señora in the azure frock. Sculpt her image to honor Our Lady.

Just how did she land here, Miss Fine Mix? As a matter of course, her forefather, El Conquistador, raped a Mayan priestess, Anno Domini 1510. At the moment of her own conception, her parents met each other’s eyes. Don’t stare.

What’s she doing squeezed in here with campesinos carrying chickens? Squawk. Save that face.

When a beautiful woman gets off the bus, everyone sighs, Ai! and imagines her fate: she’s off to Sunday dinner with mama who’s groomed her to marry an honest farmer happy to knock her up every spring. Her looks (no doubt) will leach out, washing the dead, schlepping headloads of scavenged firewood, grinding, grinding, grinding corn, hanging the wash in the sun and wind, all by hand, all by her graceful brown hand.

Those first couple months I spent in Boston, I carried “Refuge” with me on the 57 Bus from Brighton into Kenmore and back every day; and I saw Belle Waring’s characters manifest in the mostly pale New England commuters schlepping back and forth from the city; the beauty, the yearning, the judgement, the humor, the sadness; and I felt somehow in this recognition I might be saved, that there might be some profound secret hidden within this comic tragedy of apparent mundane existence and desire. And so, I wrote “Miss Fine Mix” in that little Brighton apartment as a kind of love song to Belle Waring’s poem and as an attempt to connect my own life and work to it within the madness and sadness and absurdity of all things.

It was the first song I’d composed that I considered to be good in quite some time. Soon after it was written, I recorded it with some musicians at a small studio outside of Boston, but the song never found an audience, even among my close friends, and the tapes never survived my eventual move to New York City.

Years passed.  The scenery changed.  And then, seemingly out of nowhere, my cousin, now living in India, emailed asking for a recording of that song.  He was one of the two or three people who’d heard the original, who knew it existed.  When I told him that the tapes had been lost, he suggested I rewrite and re-record it.  This seemed like a pretty good idea, and the recording I’ve shared here is the result.   I’ve included the lyrics below in case you’d like to sing along or whatever.  Now renamed as “Our Lady of Aparecida,” the rewriting and re-recording processes showed me that, while the scenery has certainly changed, I’m still mostly the same; that same lost, ambitious, confused, hopeful kid yearning to be saved, trying to figure out the secret in this apparent world of perpetual material crisis and desire.

Belle Waring passed away a few years ago, and if you’re interested in seeking out more of her work, I’d suggest “Refuge” and “Dirty Blonde.”  I haven’t seen my former mentor, Betsy Sholl, in years, but I’ve kept up with her career from Brooklyn, and know that some time ago she was recognized as Poet Laureate of Maine.  I’ve included a poem of hers below as well, one of my favorites, from a great collection entitled “Late Psalms.”

Finally, more songs are on the way.  I’ve been digging through old things, through the boxes in the back of the bedroom closet, through dusty piles of bent dog-eared photos, schoolwork, short stories, screenplays, books, and baseball cards; and I’ve found some good ones there along with the weird collection of relics.  A new album will be out next month and I do hope you’ll listen.

Our Lady of Aparecida

Archangels and murderers gather silent ‘round the edges of the night
Isabella’s upstairs and wounded, already run away from the light
You try to trade your ghosts in for some freedom
But you find they’re like shadows
And shadow is all you’ll ever find
It’s all you’ll ever find
And I am alone and down the road
Lost and destined for nowhere
Looking for comfort in the reaches of the dark
Dreaming of la señorita in the azure frock
I remember, riding the Jutiapa Bus
And oh, oh, oh everything’s gonna be all right
Everybody’s gonna fall in love…

The dead pour up from the underground
Flood the sidewalks like witnesses with stolen dreams of a resurrection
But no crucifixes, no candles
Fogged in waking dream
Propositions and insinuations, they all amount to nothing
All the illusions and ever-afters we keep chasing
Beautiful lies that fall as fast as any teardrop
And rest like iron crosses there upon our chests
And oh, oh, oh everything’s gonna be all right

Now desire turns to emptiness and the silence closes in
And the moments fall like hammers
And nothing is revealed
You’re always there alone
In the end, alone is all you’ll ever be
From a window, sad and empty
Her eyes follow, softly
A young girl stealing away into the Saint Claire Hotel
And she mumbles something about “Our Lady of Aparecida”
Then turns and catches me there in a dream
And wish I could wrap my arms around her
And whisper in her ear
“You know, I’m not really like that
It’s just the things that you hear
I’ve got contacts far away from here
We could make a midnight runaway.”
And oh, oh, oh everything’s gonna be all right

Back with the Quakers
by Betsy Sholl

You think you can handle these things:
sunlight glinting off a red Jaguar
honking at the old woman who has snagged

her shopping cart on a snow rut,
or the swaggering three-piece suit who steps
outside the bank, earless to the mossy voice

at his feet asking for spare change,
but then the crunch of something, nothing really,
under your shoe–a dirty comb, a pen cap—

completely undoes you, and it’s too much,
too much, being balanced, considering
the complexity of all sides in one

syntactically correct sentence.
All the driver has to say is “Move it,
Lady,” and you’re back with the Quakers

who trained you to lie still and limp in the street.
Three days they stepped on your hair,
ground cigarettes half an inch from your nose,

while you lay there, trying to be against
violence, your fists tight as grenades
and a payload of curses between your teeth,

O woman, with a mind Picasso
could have painted, giving you many cheeks,
each one turned a different way.

2 thoughts on “Our Lady of Aparecida”